Birth Naturally or Not?

Birth Naturally or Not? Owen’s Bundle of Joy 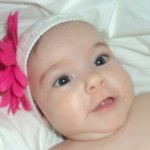 When my husband and I found out we were expecting our third baby we were very excited and blessed. Like many moms my mind immediately filled with concerns and questions.  And for the third time I found myself asking the question – to birth naturally or not?

I delivered my first two babies at a local hospital with the help of mainly a nurse and later the doctor.  From the moment I learned I was pregnant with my first baby giving birth naturally was my ultimate desire!  Unfortunately things did not turn out the way we had hoped.

With my first baby I was not given the opportunity to labor naturally – therefore was induced.  I had no idea what pitocin was nor was I aware of the exaggerated pain I would feel as I began to progress in labor.  I refused the epidural at first but was basically obligated to take it because I was so exhausted.  By my second pregnancy I’d become fearful of giving birth naturally due to the unfortunate experience I had with my first baby and requested an epidural – and epidural gone wrong!  It was a very scary experience for my husband and I.  I also tore on both occasions.  After that I was convinced that I would never request or allow an epidural.  So there I was pregnant for the third time contemplating what to do.

Initially I was seeing my previous doctor.  But in the early months of my pregnancy I met two lovely families who had delivered with the help of a midwife.  They shared their testimonies with us and answered our curiosities.  On a different occasion I met a different lady who suggested we watch “The Business of Being Born”.  But time went on and I forgot about her suggestion.

The reason I was reluctant to have a homebirth was because I was afraid for my baby.  At the time giving birth in a hospital was comforting because I wanted to make sure that my baby would receive proper care in the event of an emergency.  Months went by and I was sure I had made up my mind – hospital it is!

But God has a way of working in the life of His children and what I thought to be peace turned to uncertainly and more questions.

One day I felt compelled to research homebirths and came across the movie I was told to watch.  I watched it. Tears were shed, a sense of relief was felt and prayers began again!  My mind was set on a homebirth!  God comforted me by reminding me of His sovereignty and His perfect will for families including the privilege of birthing naturally.  He created our bodies so perfectly – a magnificent design by a magnificent Creator!

Now convincing my husband would be a challenge – at least that is what I thought.  I asked him to watch it with me and he immediately agreed on my decision.  The 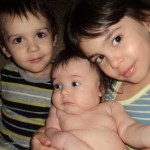 Lord moved rather quickly!  So there I was twenty something weeks pregnant now asking the question – who will deliver my baby?

The families I’d come to know gave me different referrals to contact and one was Houston area midwife, Nanci Stanley.  I called her and she answered me right away and made arrangements to meet with her.  Our first meeting went great, so great that we decided she would be our midwife that very moment.

I have truly come to appreciate Nanci and her qualities very much. I appreciate her promptness in answering my questions (even the silly ones), her availability and punctuality, her generosity, calm disposition and above all her love for God, families and homebirth.  With her help I experienced a wonderful pregnancy.  She helped me a lot with proper nutrition and taking the right supplements and it made a huge difference while I was pregnant and recovering as well.

She always had a word of comfort and reassurance when I had concerns or when I felt like I could not go through with it.  I appreciated her peaceful voice and disposition so much!  I must mention how sweet and patient she was with my little ones too.  They felt very much a part of every visit and quickly became one of  Sophia’s (my daughter) best new friends.

Two days from turning 39 weeks I began to experience strong contractions but they were far apart.  I called Nanci anyway to inform her and followed her advice to rest as much as possible.  So my husband and I decided to stay home from church.  I was too excited and began to tidy up the house and finish some last minute details as I was certain the arrival of my little girl would be soon.

Monday was the same, strong contractions but far apart.  We decided to leave the house and run errands with the hope that by walking my labor would speed up.  At some point in those days I lost my plug and knew I was progressing but no major change until early Tuesday.  The contractions were keeping me up and by then I was breathing rather loud as I endured the contractions so I decided to lay down on my couch away from my room as to not wake up my little ones.  At around 5 in the morning I was having a rather strong contraction when I heard and felt a ’pop’  and knew my water had broken!  I was so excited and encouraged to know we would be holding our little girl soon.

My contractions got very strong and were very close so I called Nanci.  She arrived promptly at 6 followed by her assistant Diana.  I felt very relieved they were here to helps us.  My parents too were present to help look after our little ones. I labored laying down on my bed for a while, but as the contractions got stronger I got up a few times.  At around 7 I requested our tub to be filled and finished laboring and eventually birthing in the tub.  I felt a huge relief once I got in there mainly on my back- it was a great experience!

Nanci checked me to see where the baby was and announced her head was soon to crown.  At that moment I began to push and with their help and prayers was able to push her with no complications or tearing.  My husbands encouragement and all their prayers made a huge difference!  It was a clear contrast between my births at the hospital.

Everything went very quickly and at 7:31 in the morning Zoe Danielle was born.  Her big sister Sophia and big brother Jacob soon joined us to celebrate her birth.  Nanci took good care of us and my recovery was much better this time around.  She truly helped me realize my ultimate desire – the opportunity to birth naturally the way God intended and for that we are very very thankful.